September 7, 2015 - Getting closer to our Grand Opening! Quick Slide Show. 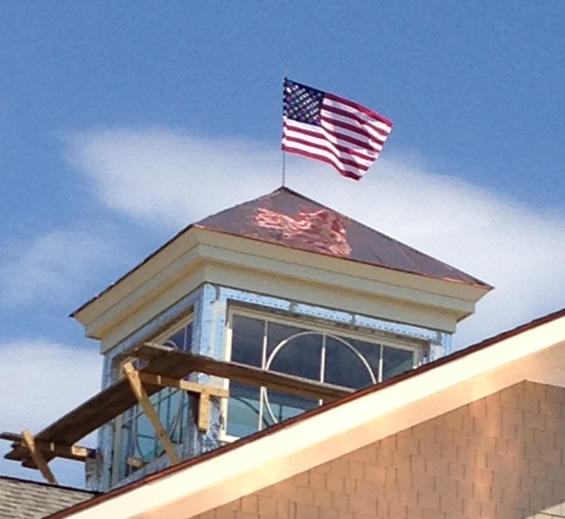 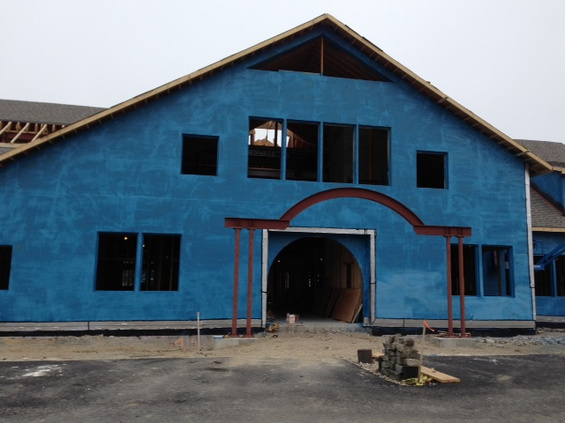 November 25, 2014. Gables and Staircase.
Construction continues at a steady pace and the progress is captured in these photos.

Progress Continues! Watch for a behind-the-fence look at the new library's construction on SCTV's "Salisbury Speaks"--a big shout out to John Housianitis who makes us all look good and site superintendent Tom Jones for his enthusiastic commentary. 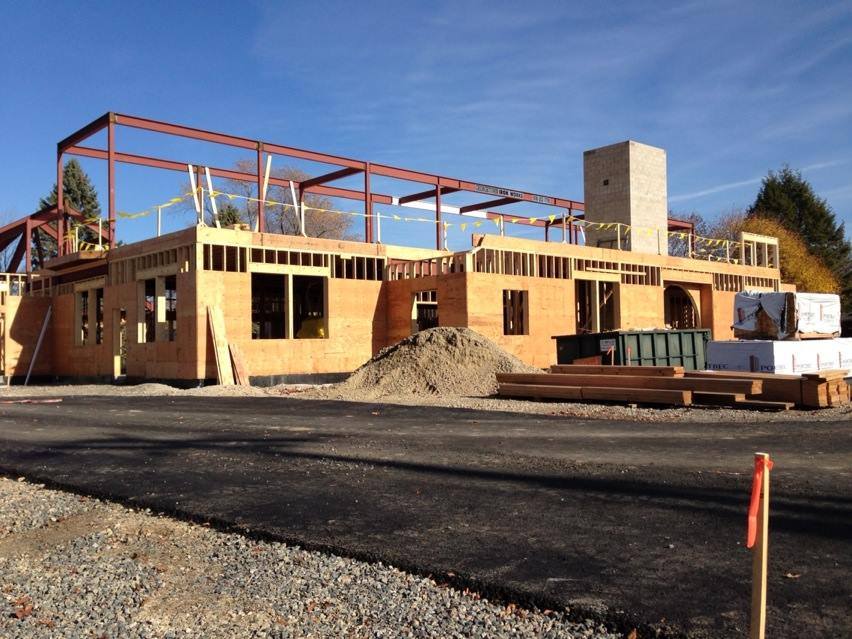 Terry Kyrios pays a visit as the inside of the new library starts to take shape.  Tom Jones, Construction Site Manager for Castagna Construction, and Terry discuss the progress being made.

Terry and Tom, along with Library Trustee Dianne Masiello.  Plus a view from outside showing the framing progress.  The hard work is coming to fruition.

These photos were taken during the Topping Off Ceremony that took place on September 27th, 2014.  A beam signed by many of the participants involved in the creation of our new library was put in place.  It marks a major milestone in the construction process. 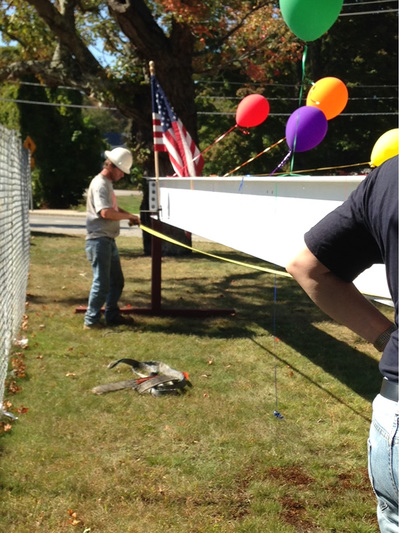 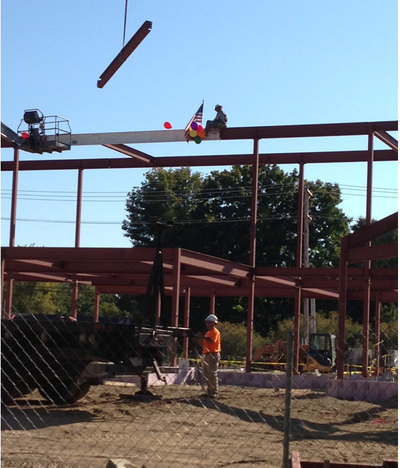 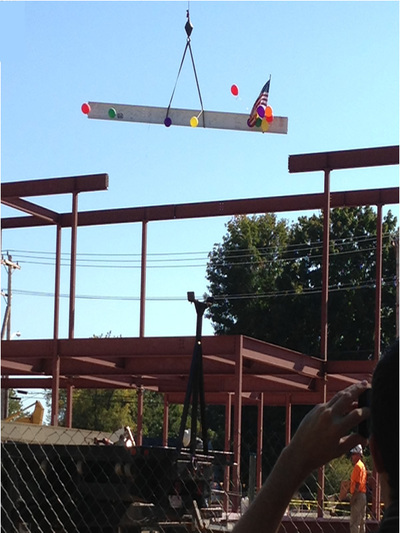 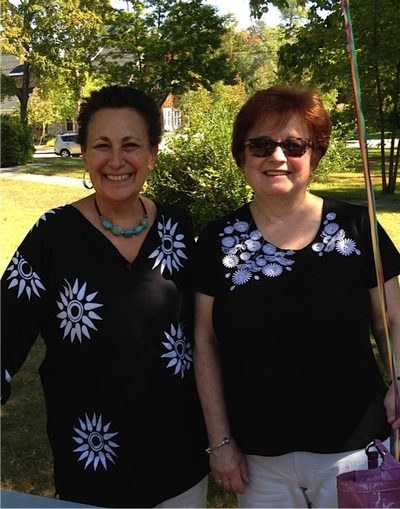 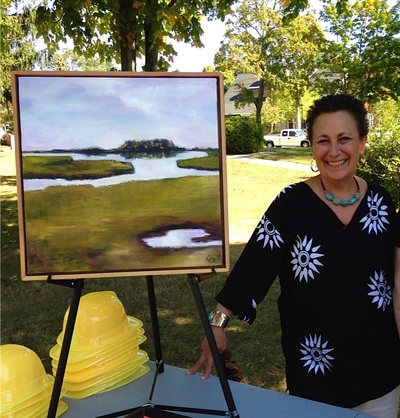 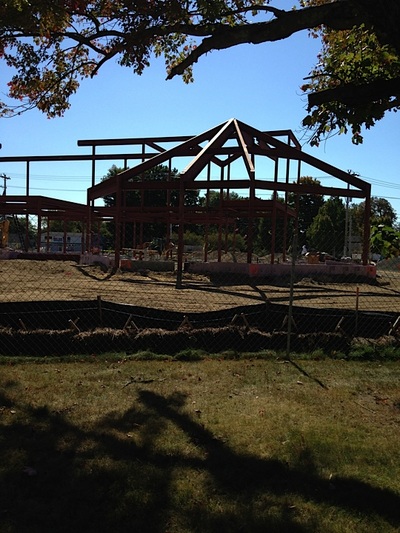 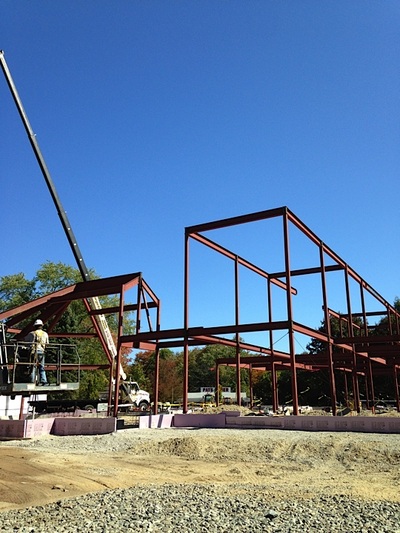 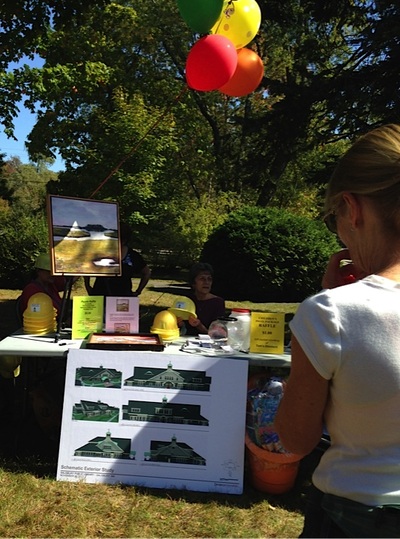 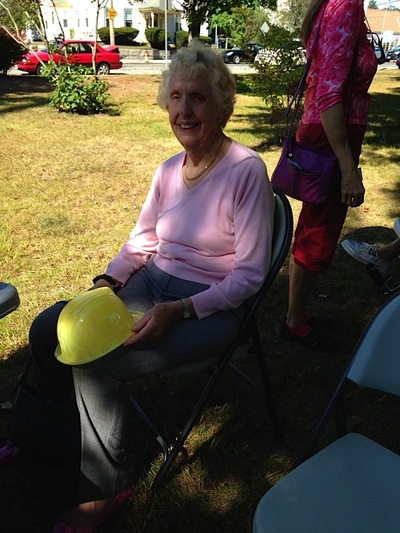 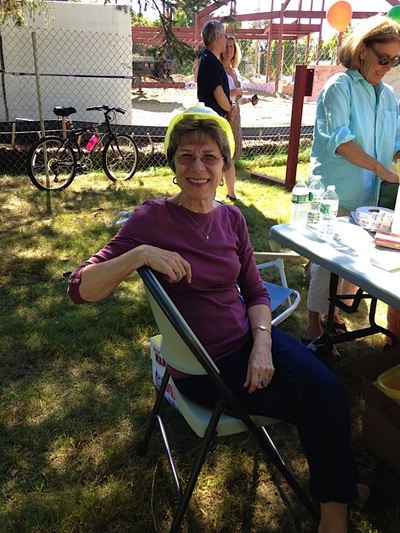 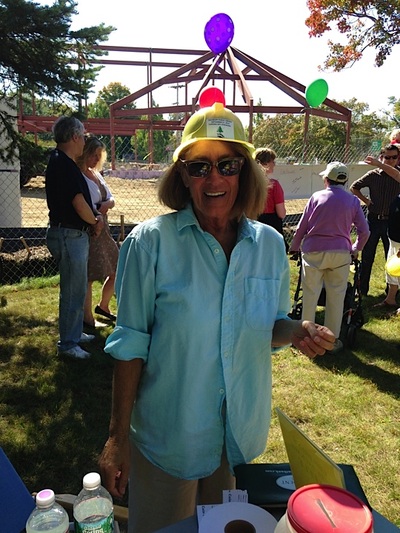 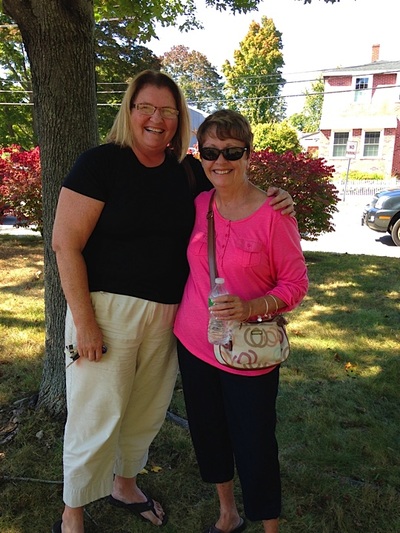 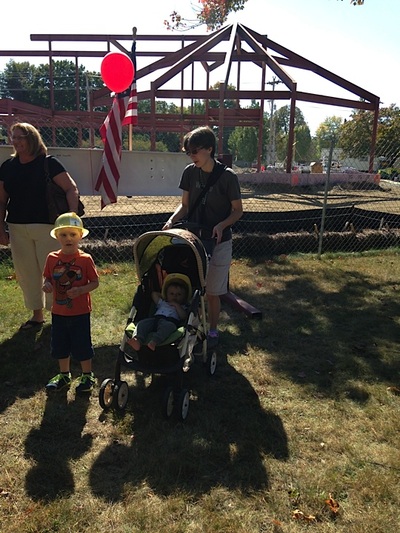 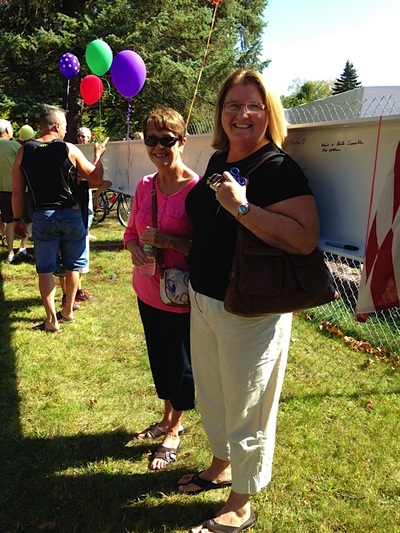 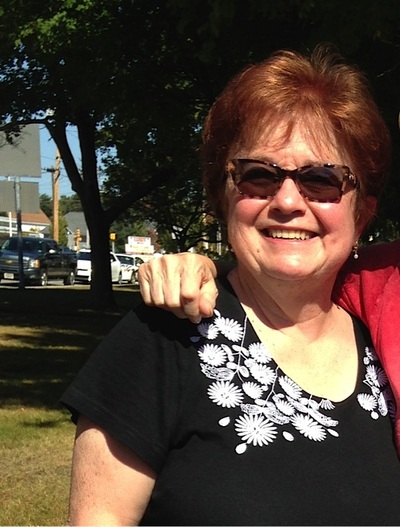 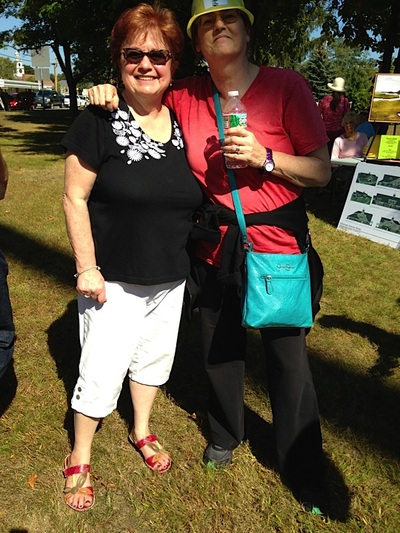 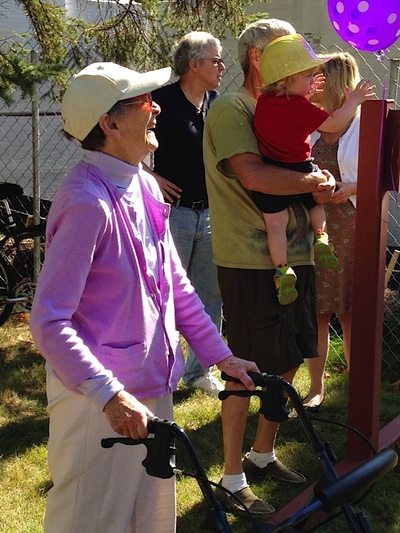 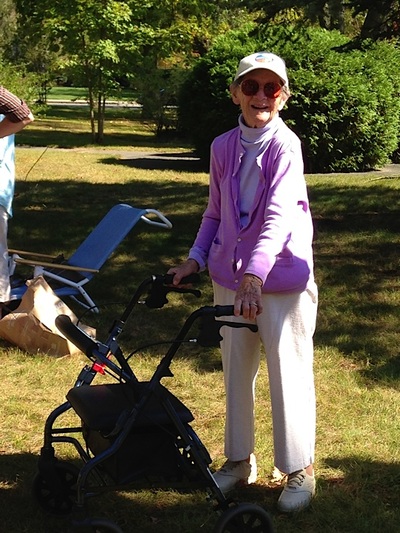 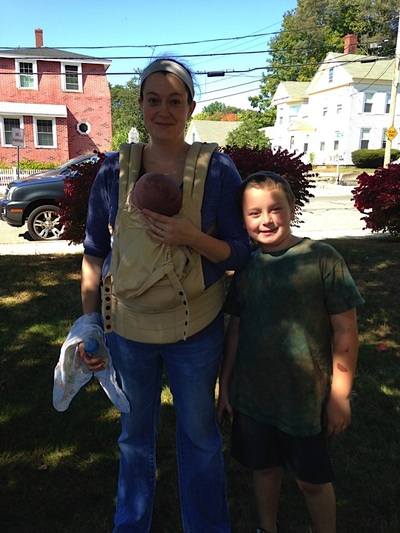 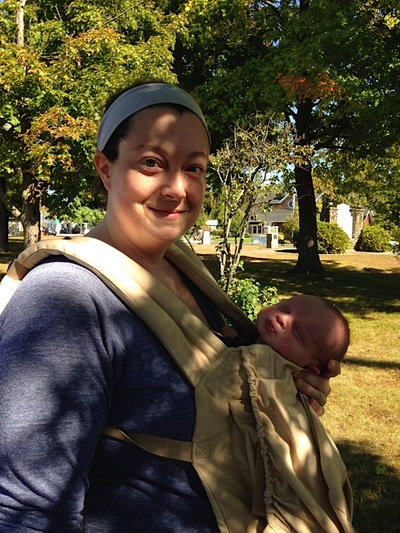 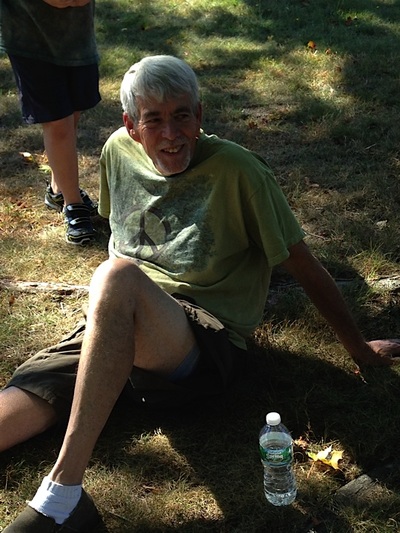 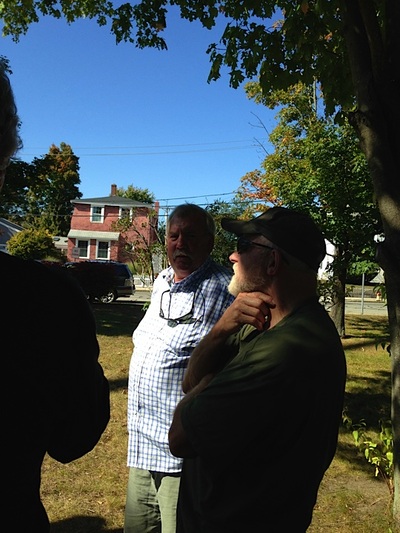 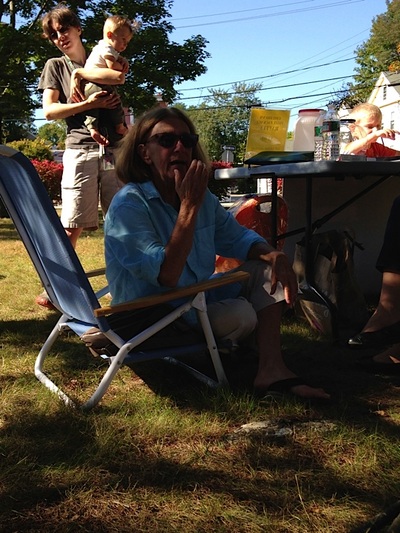 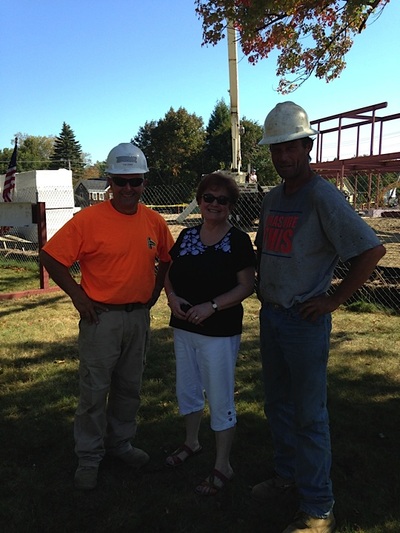